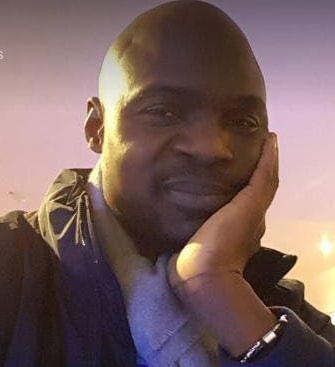 The actor has now revealed how the crash which left him hospitalised for months in South Africa was caused by an evil spirit.

Here is what Mr Lanre Omiyinka told Yoruba Movie Gist on how the accident happened and how Fashola sponsored his treatment.

“After God I will give the kudos to the former Governor of Lagos State, Babatunde Raji Fashola, who is now a Nigerian minister”.

“This is because he surprised me beyond my expectation. When the news broke, and my spinal cord was said to have got broken, he ordered that I should be taken to South Africa for adequate treatment because I was in Coma for 6 days.

This was during his campaign for his second term. He sorted out the bills from his salary”.

“My coming back to my normal self was the work of my almighty God and the ex-Governor. The accident happened more than 2 times on the same Abeokuta road.

We were just traveling to Abeokuta for an event before a strange image like a monster appeared from nowhere and everything went blank, that was before the car somersaulted. About 6 other vehicles were damaged but I thank God that I am still alive”.