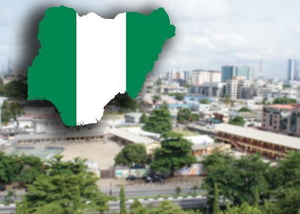 The death toll from the latest round of Lassa fever outbreak in Nigeria has risen to 144, the Nigeria Centre for Disease Control (NCDC) said Thursday with a Case Fatality Rate (CFR) of 16.8 per cent.

The NCDC said this is lower than the CFR for the same period in 2019 23.3 per cent, which highlights improved levels of detection and case management for Lassa fever across the country.

Dr Chikwe Ihekweazu, Director General of NCDC, while giving an update on the disease, told NAN that in week 10, the number of new confirmed cases decreased from 85 cases in week nine, 2020 to 81 cases.

The NCDC DG said that in total for 2020, 27 states have recorded at least one confirmed case across 119 Local Government Areas.

According to him, of all confirmed cases, 74 per cent are from Edo 34 per cent, Ondo 33 per cent and Ebonyi seven per cent.

Ihekweazu noted the number of suspected cases had significantly increased compared to that reported for the same period in 2019.

He further stated that NCDC had rapidly scaled up its preparedness and response for Lassa fever outbreak across the country.

The NCDC DG noted that in the last eight months, health workers from the major treatment centres have been trained, risk communications had increased and logistics had also improved to ensure continuous supply of medical and laboratory commodities.

He disclosed that two new Health Care Workers were affected in Edo and Bauchi states in the reporting week 10, NCDC had also provided infection prevention control guidance for all health workers in the country.

The NCDC stressed that Lassa fever was an acute viral haemorrhagic illness of two to 21 days duration that occurs.

According to him, the Lassa virus is transmitted to humans via contact with food or household items contaminated with rodent urine or faeces.

The NCDC boss noted that person-to-person transmission through contact with body fluids such as semen, urine and blood could also occur, particularly in hospitals lacking adequate infection prevention and control measures.

He reiterated that NCDC would continue to support affected states through deployment of inter-disciplinary Rapid Response Teams and provision of medical supplies including Rivabrin for treatment of Lassa fever patients.

The NCDC boss again called on Nigerians to continue to keep their environments clean and store food in tight containers to avoid contact with rats.

He, however remembered health workers to maintain a high index of suspicion for the disease.

“If a patient does not respond to treatment for malaria or other febrile illnesses after 48 hours, it is important to immediately test for Lassa fever,” he said

Adeyemo said that the index patient had fully recovered from the disease.