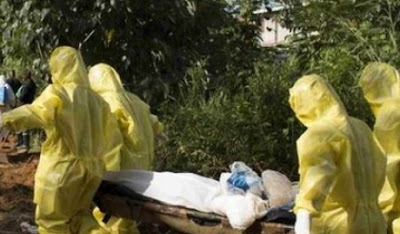 4 members of a family in Akure have lost their health battle to Lassa fever.

According to sources on ground, a family of 4 based in Akure were rushed FMC Owo over the weekend where they reportedly died.

Another person from Oka Akoko reportedly died of the illness while over 24 others are in critical condition.

“Though officials were able to confirm that 10 person tested positive to the disease, the symptoms on the critical cases is similar to that of Lassa fever.” – said an anonymous source at FMC Owo

Some of the critical cases have been transported to FMC Irrua in Edo state for urgent medical treatment as health workers at Federal Medical Center in Owo were working under the fear of contracting the epidemic.

Some health workers reportedly fled and abandoned their duty when over 20 infected victims were rushed to the hospital from Ose, Owo and Akoko local Government areas of Ondo state.

2 Ritualists Kill Grandmother In Asaba Delta State, Bury Her In Shallow Grave Behind Her Shop
8 Edo Libya Returnees Killed In Car Accident On Their Way To Beg Lagos Pastor For Money