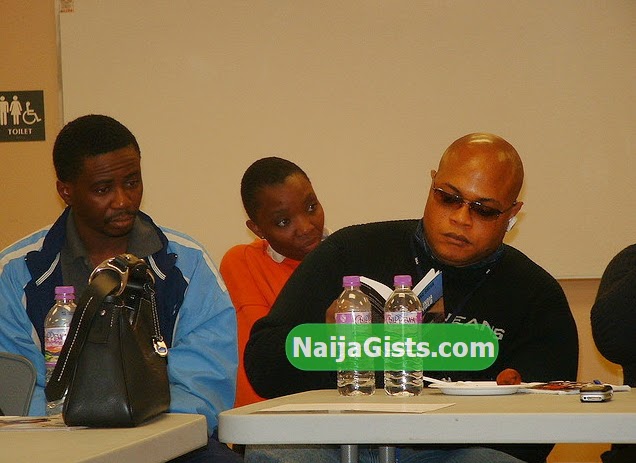 Check out the photo of a man Liberian Health Ministry said was placed in isolation before he sneaked out of the country to Nigeria.

A source who sent NaijaGists.com this photo on Tuesday said Patrick Sawyer attended a meeting with health officials about the Ebola outbreak in Liberia a day before he left for Nigeria.

Something is not adding in Liberia’s claim of innocence about Patrick Sawyer’s trip to Nigeria.

So far, four people who had primary contact with this Liberian-American guy have died.

The latest victim is the female doctor who vowed to help him recover when he was first rushed to First Consultant Hospital in Obalende Lagos from the airport.

Dr Stella Ameyo who passed away on Tuesday was the health official who first raised Ebola concern in Nigeria when Patrick Sawyer’s condition deteriorated.

May her soul and that of other victims rest in peace.