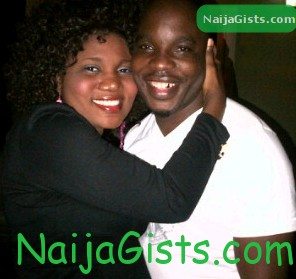 “You promised me marriage this year. You didn’t give me idea this was going to happen but God Knows the best.”

That was the wailing of Tunde Ijaduola, the hubby of late popular Yoruba actress, Bisi Komolafe, at the burial on Friday.

It was the first time Ijaduola would speak after the demise of Komolafe.

He kept wailing all through the church service, saying: “This is unfair but God knows all.”

While at the church premises, more colleagues of the late actress continued to eulogise and show their shock at the death of Komolafe.

Komolafe’s remains were kept in the ambulance for about 30 minutes before the church programme commenced at the St Mary’s Catholic Church, Ibadan, Oyo State.

This was after it arrived from the mortuary of the University College Hospital, as earlier reported by The Eagle Online.

And this was because her father gave the order that her corpse should not be displayed.

According to the officiating minister, Reverend Father Benedict Nwachukwu, Komolafe was a devoted member of St Mary’s Catholic Church.

Nwachukwu said Komolafe was still in the church a few weeks ago and took her communion. [source]