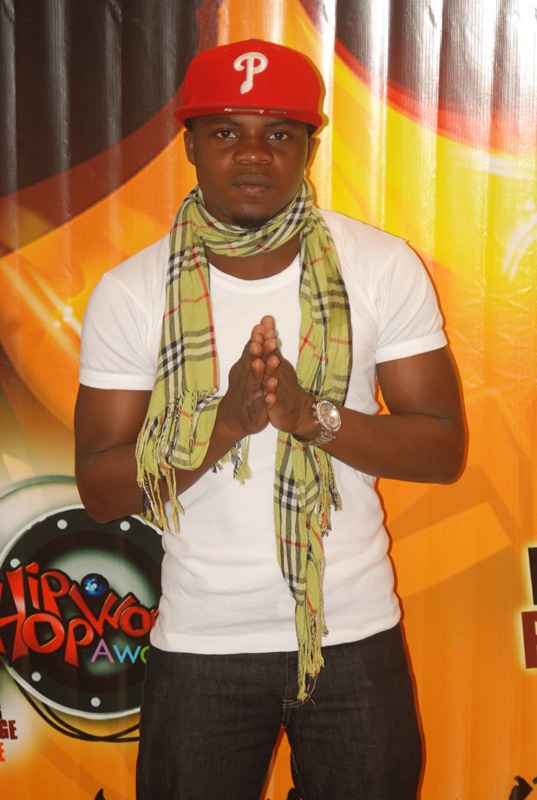 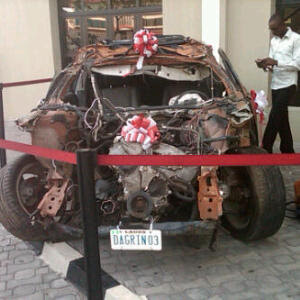 Late Nigerian rapper Olaitan Oladapo popularly called Dagrin who died in a fatal car accident on the 22nd of April 2010 has been remembered.

Pictured to the right above is the decorated photo of his accident car….

Though the rapper had earlier predicted his own death in a very controversial song he released few weeks before his untimely death.

The lyrics of the song states;

And when he eventually died, the rumour that he predicted his own death was rife.

Below is what the producer of Dagrin’s death song, Frenzy said;

He came to the studio that day as usual. After I had finished recording with some people, I played the beat of the song to him and he loved it. So he decided to do freestyle on it first, with the hope of coming back later to perfect it. But unfortunately, we didn’t have the time until his accident and eventual death. Dagrin never knew he was going to die. It was just a coincidence,” Frenzy said.