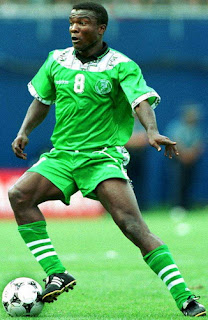 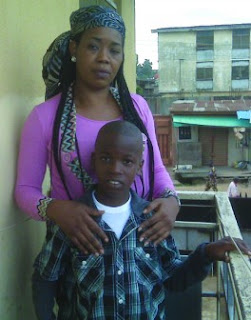 Nigerian footballer Thompson Oliha who died of heart attack last week in Ilorin, Kwara state reportedly had a secret wife and son in Lagos before his death.

The woman named Ajala Mohammed claims she is the only legal wife of the deceased footballer. She further said they’re planning to have another child before his untimely death last week.

Late Thompson Oliha reportedly married another woman in Ilorin who had a daughter for him.

Thompson Oliha’s secret wife, Ajala Mohammed said the family of the deceased knew about their relationship that lasted for 5 years before he married another woman in Ilorin.

Ajala said she was living in his home in Lagos before he relocated to Kwara state after securing a job with Kwara State Government.

“Even though he was in Kwara State we still met when he came to Lagos. I also went to Ilorin to see him as we were preparing to have another child before his death,” she explained.

“I am the only legally married wife of the late Thompson Oliha. Though about nine years ago, a year before I met my late husband, a woman gave birth to a son for my late husband but they never got married or did any traditional engagement.

“There is nothing secret about the existence of the woman or the son because everyone in the Oliha’s family knows about them and even his friends know about it.

“Oliha was a very popular footballer and there was no way he would have had a secret wife or son somewhere and the press and his friends wound not have known about it,” said 34-year-old Ajala Muhammed.