Early this morning a very controversial Naija blogger named Linda Ikeji shared a false message about Paul Okoye of P-Square via her blog.

In the report, she claims Paul Okoye who impregnated two ladies around the same time last year has accepted the baby from his 19-year-old baby mama named Elshama. 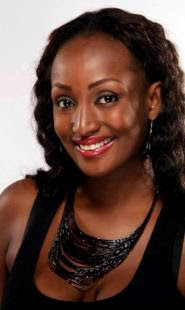 This is Anita and not Elishama

A screen from the false report below;

Within minutes, the false report has circulated the blogosphere with thousands of copy-bloggers repeating the same thing over and over.

Few hours ago, the publicist Paul Okoye has denied Linda Ikeji’s claim stating that the picture on Paul Okoye’s Blackberry profile is that of Anita and not Elshama Igbanoi.

We learnt the real baby mama of Paul Okoye is Anita who gave birth to Paul’s first son, Andre in Atlanta last year.

“the lady in the picture holding a baby is Anita, not Elshama.”

Paul Okoye himself has debunked the news this afternoon.

These bloggers are trying but they need to verify information before feeding the public with false stories.

As we are all aware, Anita is the first love of Paul Okoye, Plateau-born Elshama Igbanoi just happened to get belle for him around the same time.

Paul Okoye is yet to make his acceptance of Elshama’s baby public.