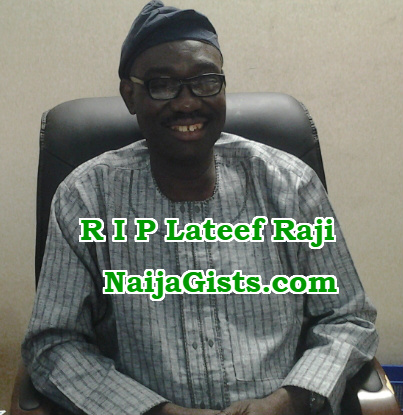 According to family sources, the media icon lost his battle to throat cancer around 4am today Monday the 14th of August 2017.

Mr Lateef Raji has been battling throat cancer since he was appointed into Fashola Administration, the disease that kept him from functioning for several months reportedly took his life today at the age of 54.

He will be buried according to Muslim rite in his hometown in Idoani, Ondo state today.

Continue Reading
You may also like...
Related Topics:dead, Lateef, raji