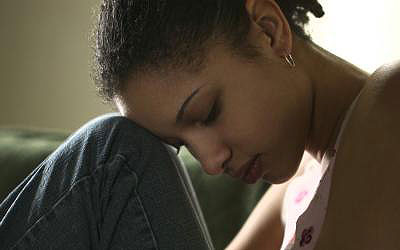 This is the story of a woman whose sister’s husband was snatched by a lady based in Lekki area of Lagos.

The victim, a mother of three who is now based in London is working menial jobs in order to take care of her children. This is a woman doing very well in Nigeria before her hubby told her to relocate to London for a better life.

Many years ago, my sister was a beautiful, bubbly and enterprising young lady with a fantastic career in banking. She was very full of life too. She was the kind of lady you would meet and be immediately drawn to because of her eloquence and intelligence. Of course, she was a head turner too. Then, she met Samuel, a young man she figured that they could build a great future together.

In order to accommodate fully his newfound pastime, he prevailed on his wife to resign her appointment with the bank she works with and relocate abroad with their three kids. The first few months of their relocation to London were quite blissful. Then, Samuel began to stay longer than necessary away from home and blaming his business for this. The wife would plead and cry, urging him to come home because they were missing him but Samuel never cared.

Sometimes, he was away for several weeks. While Samuel was doing very well financially, his devotion and concern for his family dwindled. As time went by, the wife had to resort to menial jobs to keep the family going. You can only be able to figure out how lowly she sank when you consider that her husband was a multimillionaire and she had to run several shifts inside London’s ruthless cold to feed and clothe her kids. It was always heartbreaking for me and other family members to see her go through so much hardship because of Samuel.

The cold nights bared their fangs on the lonely woman. But she held strong. As we would discover, Sam had been entrapped or so we heard by a young lady named (removed). He reportedly bought her posh cars and a house in Lekki, Lagos. They practically live together. They travel round the world together.

Samuel ’s life was said to revolve round her and he showed it in deeds and actions. Despite several entreaties from family members and friends to Samuel to go back to his wife and kids, or at least, see to their upkeep and schooling, he turned a deaf ear to all.

We have consulted with pastors for special prayers for Samuel to be released from her clutch, but nothing has happened. And the lady, a chain smoker, has reportedly also told people that it is only over her dead body that Samuel would ever go back to his family or not to marry her. We have begged all his friends, Ben, Chuks, Jedy to appeal to him, but Samuel is hell bent to stay with her.

This is our dilemma dear Nigerians.