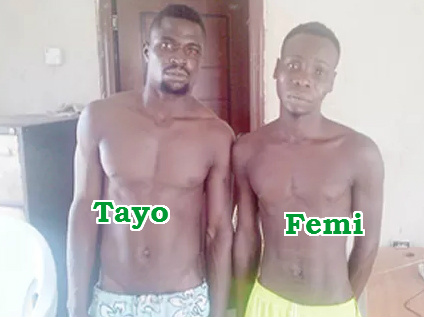 Meet the men of the underworld who had vandalized cars in Lekki area of Lagos in the last 5 years.

The suspects identified as 22-year-old Godwin Femi and 29-year-old Michael Tayo were caught by some security guards monitoring a CCTV footage at a supermarket in Lekki on the 20th of April.

The security men arrested the robbers immediately the CCTV exposed them.

Femi Godwin said his father is a Ghanaian and that his friend introduced him into the business in 2011.