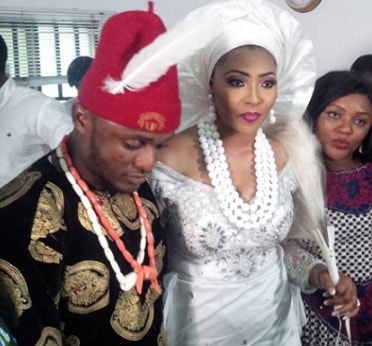 Popular Nollywood actress Lilian Esoro who got married to a wealthy guy back in 2015 managed to stay in her marriage for a  year before the union packed up on the ground of infidelity.

Her estranged husband who was the first to file for divorce arrived in court this morning to finalise their divorce but the actress was no where to be found at the Ikeja High Court where the divorce case was filed.

The actress left her husband when she found out that he has a baby mama.

A source said Lilian Esoro was not really in love with Franklin when they met but she changed her mind when she became pregnant.

The disconnection between the two was obvious during their wedding ceremony.