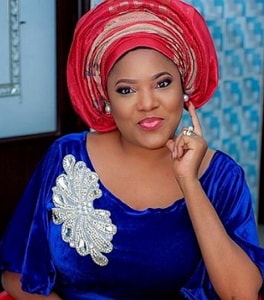 Nollywood actress Toyin Aimakhu who recently got engaged to a senior lawyer is hoping to get pregnant soon.

The actress who tapped into Linda’s out of wedlock pregnancy says she is the next woman in line for pregnancy.

Aimakhu who got engaged but has refused to talk about it has always been quick to claim marriages and pregnancies an indication that she really craves these things.

Toyin Aimakhu whose attempt to stay married failed woefully reportedly struggled to get pregnant in her first marriage.

The actress lost more than two pregnancies before her marriage to Niyi Johnson crashed.