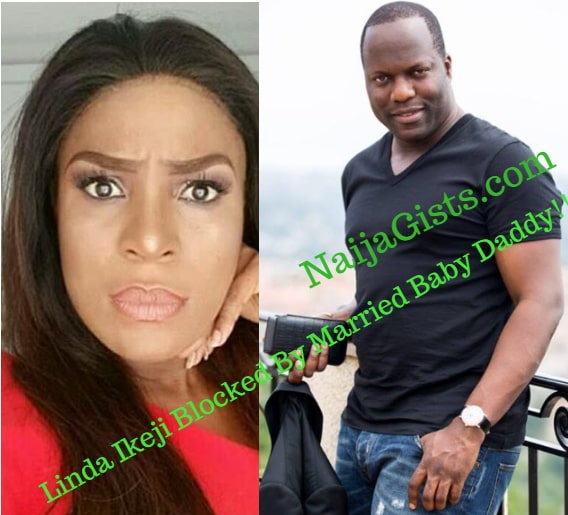 The latest drama surrounding  self acclaimed Billionaire blogger Linda Ikeji and her baby daddy , Sholaye Jeremi seems to be getting out of hand each and every passing day.

Since she delivered her first child out of wedlock on Monday the 17 the of September, her alleged baby daddy Jeremi has not openly identified with the baby.

This is why many critics including Kemi Omololu Olunloyo and Stella D have been calling her a desperate single mother.

According to sources, Jeremi who recently fell in love with a divorced woman is not ready to openly identify with Linda or her family members.

He has reportedly blocked Linda and her family members on his line after many futile attempts to get him to marry her and save her from shame.

Here is what another source said about Sholaye Jeremi’s new love interest.

“He’s currently seeing a very decent lady who’s divorced and he was said to have been begged by Linda’s parents to marry Linda.

“He has refused bluntly and has not picked any calls from the ikejis. He was said to have blocked Linda from reaching him too.”

“The Ikejis are too loud and live their lives on social media. This does not augur well for a businessman who wants everything private.”

“Now seeing another private lady, who organizes events for models, he doesn’t seem ready to marry Linda and has vowed that he is not a part of her ‘babymamanism.’”

Few days ago, he was reported to have posted a message on the social media about the arrival of his baby but his aide said the post was made up as he doesn’t have any social media account.