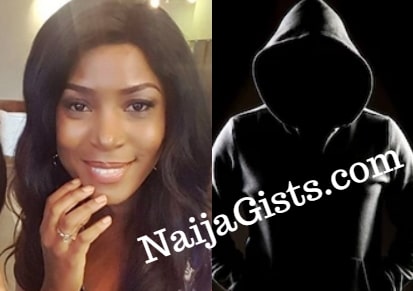 The Mystery Surrounding The Identity Of Linda Ikeji’s Baby Daddy

When Is Linda Ikeji Giving Birth To Her Baby Boy And Who Is Her Baby Daddy??

As the much anticipated birth of Linda Ikeji’s baby draws near, the main question that has remained unanswered is; who is the baby daddy?

Linda Ikeji is a famous lady, who needs no introduction in the Nigerian entertainment realm. She is a known feminist and a strong advocate of premarital celibacy and chastity. She believes that, “every lady should save their virginity for the right person, being their husbands”

However, ironically, the grand matron of the celibate circle “mysteriously” got pregnant outside wedlock; to the disappointment of many across the country. The disappointment stems from the fact, she was seen by many as a “beacon of hope”, a “Monalisa” who many young ladies adore and look up to.

The “media backlash” that proceeds her mysterious pregnancy, was not unexpected. However, given her popularity, as the most famous Nigerian blogger and one of the richest women in the country, the “mystery” behind the identity of the man who got her pregnant remains unsolved. This, no doubt, has been the most significant of the controversies surrounding her pregnancy.

Who is Linda Ikeji’s Baby Daddy To Be?

Given the acute “nosy” attitude of some Nigerians (with myriads of social researchers and professional bloggers), unraveling this mystery has been an “herculean endeavour”. For someone, as famous as her, to have been able to conceal the identity of her man, for so long, deserves some applaud.

Many have tried and failed in their attempt to unravel the identity of the man. In fact, when the news of Linka Ikeji’s pregnancy broke out, many Nigerian celebrities were suspected of being the one responsible, with prime focus on the Mavins’ CEO, Don Jazzy.

Don Jazzy has been open about his strong admiration for Linda Ikeji. This led to many believing they were in a relationship. Don Jazzy however subtly dismissed the rumor, in an Instagram post. This act help dispelled the rumour spreading around.

Shortly after the Don Jazzy’s “hypothesis” failed, the “social researchers” dusted their tools and continued vigorously in their quest of “revelation”.  A little while after, their quest “bore fruit”; they came up with a much better “hypothesis”.

According to an unconfirmed witness report, which filtered through virtually every Nigerian blog and news medium (including the much heralded Nigerian Forum: Nairaland), an associate of Dr. Ibe Kachukwu, the incumbent Nigerian Minister (State) of Petroleum, in person of Sholeye Jeremi was identified as being the mysterious baby daddy.

Interestingly, neither Linda Ikeji nor the man in question denied the rumour. The report, thus, remains what it is;  a rumour. However, this was the closest, we’ve gotten to revealing the “face” of the man who is responsible for Linda’s pregnancy.

When is Linka Ikeji Giving Birth

The blogger is currently in Atlanta, Georgia in the United States to give birth. She is in the company of several of her family members, including her mum and sisters.

No one can can say exactly, the date she’s going to give birth. Only her gynecologist will have an idea about that. However, given the drastic changes in her physical appearance in recent times, we can easily deduce that, her “due time” is very close. So we should be expecting her baby any moment, between now and the coming month.

From a professional point of view, she has proven herself to be the “grand concealer and revealer”, as she has successfully been able to blank us all out for months, from the identity of her baby daddy or should I say husband to be.

The big mystery however remains unsolved:

Who Is Linda Ikeji’s Baby Daddy?

I guess we’ll all find out soon, when the kid is born or sooner, if she decides to reveal his identity before then.