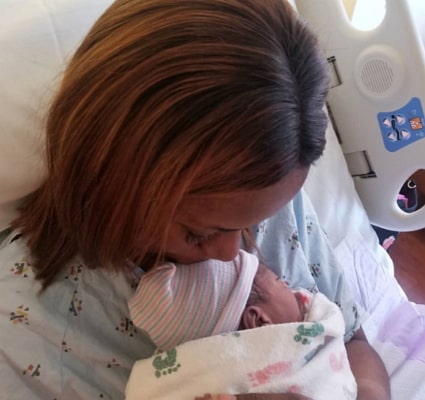 I think it is high time Madam HNN Africa take a break from Instablogging and rest.

She’s been making some ridiculous claims in the past 24 hours that doesn’t make any iota of sense.

Although a source once said Yanga blogger Linda Ikeji planned to use a surrogate mother for the birth of her child but another inside close to the family told NG few hours ago that her conception was natural.

The blogger who had an emergency bridal shower in the US to cover the shame of out of wedlock pregnancy reportedly delivered her child yesterday at an hospital in the US.

The family source the blogger didn’t use a surrogate mother as claimed by Kemi Olunloyo.

Eucharia Anunobi Plans To Adopt A Child, Actress Says She Is Yet To Recover From Loss Of Only Child
Genevieve Nnaji: Pete Edochie Doesn’t Fly…Igbos & Hausas Don’t Trust Each Other