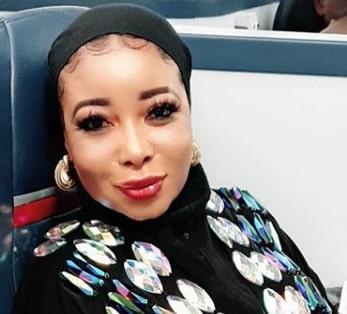 You must have noticed that Nollywood actress Liz Anjorin is no longer as popular as she used to be on the big screen, the actress has been sidelined by top Nollywood producers because of pride.

According to an insider, top movie producers have stopped featuring the actress in their movies because of pride and lack of courtesy in communication.

The source said Liz Anjorin can boast from here till eternity to make her perceived competitor jealous.

This and many other attitude problem caused everyone to put her in a her lane.

The source said lack of frequent acting job forced the actress to venture into clothing business.

Although she still features in movies, NG investigation reveals that the actress has lost her stardom.

The only relevance she now has is in the business world which is a good thing.

The actress who don’t take no for an answer is  likely to concentrate on movie production this coming year.

Don’t Give Up On Yourself!! If You Do, Others Will Overtake You
Osita Iheme Pawpaw Talks About New Movie, Babysitter & Rumoured Girlfriend