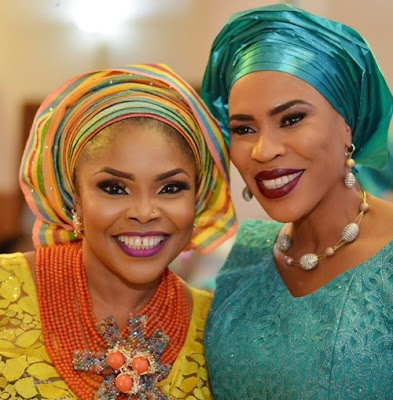 The actress who claimed people have been attacking her since she announced her conversion to Islam told Saturday Beats she is battling sleeplessness over the different things people are saying about her.

“I don’t know what the hullabaloo is all about. I am from a Muslim background. My father was a Muslim. My grandfather was Muslim. My father was Lasisi Alao.” “There is no big deal in this. The religion is not new to me. I chose to follow my mother before; and now I decide to go back to Islam, is there a problem?
“Fathia Balogun was a Christian but she changed. Bukky Wright was also a Christian and she changed to Islam and nobody has tried to crucify them.”

“How come my own is different? I have not rested. I cannot sleep again. People are saying different things since they heard the news.”

“Nobody forced me into this religion. Everything about me is usually people’s headache and they would just carry my matter on their head like gala (sausage)”.

That is the price you pay as a celebrity.