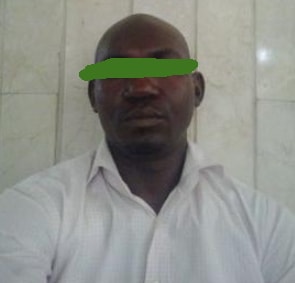 A heartbroken man today dragged his girlfriend to court over her refusal to keep her love promises.

60-year-old Nuhu Salisu today took 26-year-old Janet Baru to a Sharia Court in Kaduna after she changed her mind and the promise to convert to Islam so they could marry.

The complainant accused Juliet of duping him of 30000 Naira after making him believe that he would marry him.

Here is what he said in court today:

“I have been dating Janet for four years now and each time I visit her, I normally give her N1,000 or N2,000, and I have never touched her.

He added that she requested him to meet her people in Benue which he declined but instead paid N5000 transport fare for her brother to come to Kaduna.

Nuhu explained that he had given Janet N45,000 during Christmas with a clothing material worth N8,000 and N2,000 for sewing.

He therefore prayed to court to assist him in retrieving all the monies he spent on her.

The defendant on her part, said they had only dated for a year and was only aware of receiving N75,000 from him out of the monies he mentioned.

Janet told the court that she did not refund the money because he gave it to her as a gift not dowry.

The Judge, Musa Sa’ad after listening to both parties adjourned the case to July 17, for ruling.