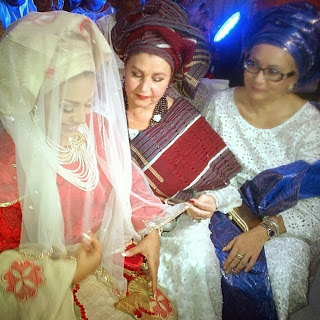 For the first time ever, the official wife of P-Square’s star boy, Peter Okoye, Mrs Lola Okoye nee Omotayo has revealed the face of her mother.

Lola was born to a Caucasian mom and a Nigerian father.

Instead of calling her half-caste, I would rather describe her as mixed.

On Sunday in Lekki Lagos we also have the opportunity of seeing her aunt for the 1st time.