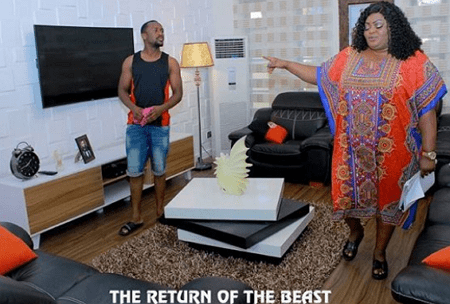 ‘London And The Beast Nollywood Movie Part 2’ Gets Screening Date

Nigerian Comedian Justice Nuagbe, Ushbebe, is set for the private screening of his new film, ‘Akpe: The return of the beast.’

The invitation only event will hold in Lagos on the 27th of October 2019. Top celebrities are expected to attend the event.

‘Akpe: The return of the beast’ is a sequel to Ushbebe’s blockbuster flick, ‘London and the Beast’, produced in 2017.

The movie tells the story of Akpe who was deported from London and faced with the choice of returning to Warri or staying back in Lagos. Akpe decided to stay back in Lagos and hustle where he pronounced himself the beast of the area, fell in love with the wrong girl and encountered several challenges.

Continue Reading
You may also like...
Related Topics:london and the beast part 2