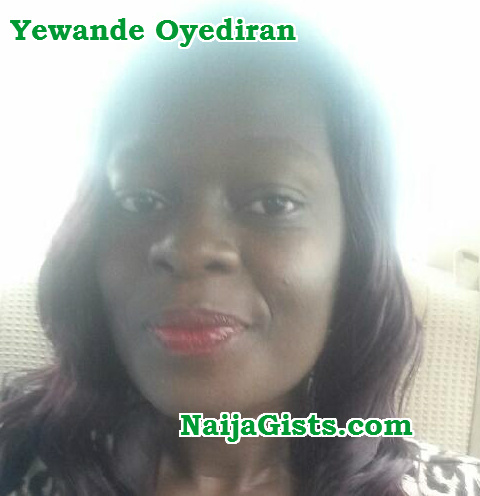 The hearing of Ibadan husband killer Yewande Oyediran was stalled yesterday after the private prosecutor for the family of late Lowo Oyediran forgot to bring important medical reports to court.

On February 2nd, Yewande, a staff of Oyo State Ministry of Justice stabbed her husband on the neck with a kitchen knife.

Lowo Oyediran’s family lawyer, Sanya Akinyele, told the court that the medical report conducted by medical personnel on the deceased as well as the statement of the cotenant with the defendant were missing in the proof of evidence.

The case was adjourned till June 27 for hearing.