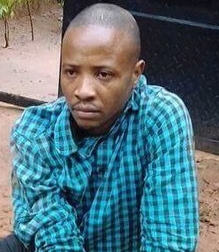 October 10, 2017 – Mad Unstable  Kills His Father With Shovel In Ugbelle Imo State After He Prevented Him From Stealing Mother’s Bible

A young man who is battling a form of mental oppression murdered his own father on Monday the 9th of October 2017 in their home in Ugbelle, Idiato South Local Government Area of Imo State.

According to neighbours who shared these photos on the social media, the suspect Emmanuel Ekweogu stole his mother’s bible and while he was leaving the house with it, his now late father Mr Ifeanyi Ekweogu stopped him.

Emmanuel reportedly lost his cool and used a shovel to hit his dad on the head, killing him on the spot.

Neighbours who witnessed the heartbreaking incident reportedly chased after him while fleeing the scene of the murder. 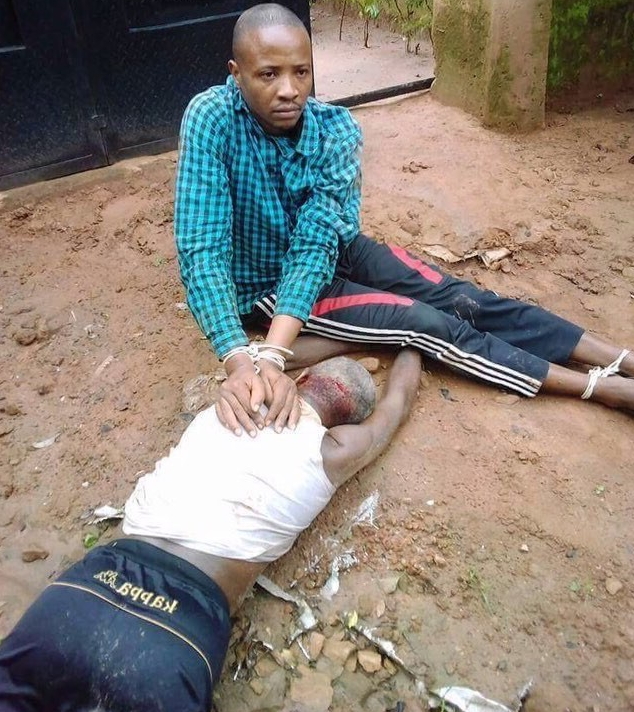 They tied his hands and legs before police came and picked him up.