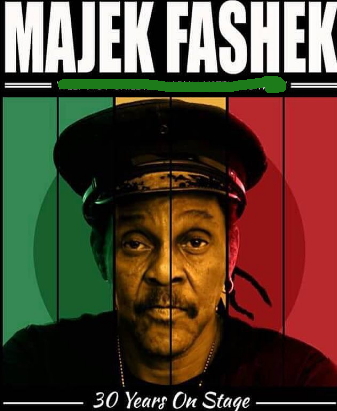 Legendary Reggae musician Majekodunmi Fasheke aka Majek Fashek is getting ready to mark his 30th year on stage in a big way.

The musician recently revealed how a prophet had actually prophesied his rise to fame when he was a child.

“In the Aladura Church where my mum raised me, there was a prophet called Paul Kanu from Sierra Leone. He used to see visions. He prophesied that I would go very far in the music business. He told me I would go to America and my music would be prophetic, and everything came to pass, so God is in charge of my destiny.

“Young boys are in charge now. I thank God for Tuface for embracing me and taking me to the younger generation. The album I am releasing is all about wisdom, conscious messages. I thank God that I am still alive. I have given my life to Jesus Christ and I am born again.”

On his plan for his 30 years on stage anniversary, his manager Uzor said:

“We need support. Majek Fashek is a big brand. Corporate bodies should wake up and do what is right because Majek has made us proud. We should look beyond his challenges and reach out to him now.

“The expectation is that it is going to be a great day and a lot of international artistes and local artistes will be there. He will also auction the clothes he wore in 1987 when he released ‘Send Down The Rain’.

Let us all join together and celebrate our own legend when he is still alive. Join us on September 10 at Oriental Hotel from 4pm for the biggest show of the year.”