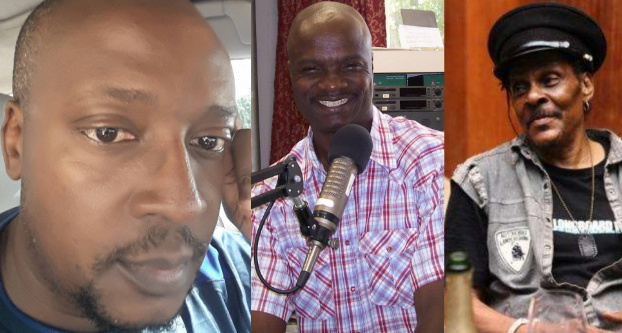 Charles Novia was recently accused of pocketing the royalty fee he collected from Timi Dakolo for Majek Fashek’s Send Down The Rain remix.

The no nonsense Nollywood filmmaker has responded.

Responding to the allegations levelled against him, veteran film maker, Charles Novia was upset because he felt his name is being tarnished. In his words, he said, “Majek and his manager Uzoma must be high on stupid weed.”

“What do they mean that I came to beg Majek Fashek to help my career? When I was already a successful movie producer? What kind of nonsense is this? We went to the US and signed an agreement with Coral music owned by Charlie D’Agostino, and they gave us a right to market Little Patience in Africa. The agreement stated that there was to be no royalties whatsoever to Majek Fashek from November Records because we had already paid an upfront sum to Coral Music. So it was out of pity for Majek, when we released the album and it was doing well, that I decided I couldn’t be selling it everywhere without Majek making some money. So, I brought him down to Nigeria for some shows. He attended about five festivals and he was duly paid for every performance.

I spent about five years of my life trying to bring his career back on track but he went into a dark hole and after the dealings I had with Timi Dakolo, I said I had had enough. For somebody to call himself Majek’s manager and he is trying to malign my image, he must be high on weed, he does not know what he is saying and he is a bad influence on Majek. He is as stupid as whatever he is taking. The whole industry knows what I did for this guy. Uzo is not at liberty to comment on the transactions I had with Majek when I was managing him. It is not his business because we had the power of attorney and in the presence of four witnesses in the office Majek gave me power of attorney and he put his thumb print on it. Majek came and was begging that he needed money. We negotiated on his behalf and we got $2000 for it and that was when a naira to a dollar was about N250,” .

“There was never a time when I was managing Majek that he did not need money and apart from the official payments, I cannot count the number of times I gave money to that fellow out of my own good will. I lost friends and businesses because of Majek. He is an ingrate. Why has everybody who has helped Majek in the past run from him? These are things I should not be saying but I am a bit angry because they are maligning my name. I went out of my way and flew to America so many times to help him and bring him back to the limelight because I felt when I was a kid, I watched him on the television and I knew he has talent but he went into oblivion. So what is the guy saying that I begged him to help my career? I was already a successful and award-winning film maker at that point in time. I did not need to go into music but I spent millions promoting the man. I am still a successful business man”.

Jide Kosoko: I Became A Polygamist Because Of I Double Dated While Looking For A Wife
Bryan Okwara: Ladies Think Am Married When They See The Band On My Ring Finger