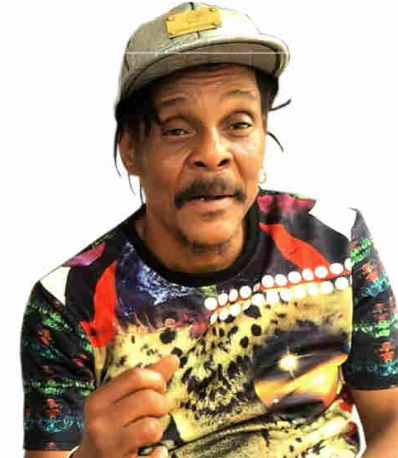 Is Majek Fashek Fully Back Now

Yes I am fully back home with my music manager, Omenka Uzoma Day. We are planning a national tour. The reason why I came back was that my children are now grown. I am lucky they don’t ask me for money anymore and I have a loving wife. I was in the States because I wanted my children to grow with me and now they are grown, they don’t need me like they used to. We came back to Nigeria because of the recession.

We came to give back the love that Nigerians gave to me; we were supposed to go back to the US but we came here because of the recession. Like Bob Marley said, ‘if you know your history you will know who you are so you don’t have to ask me who the heck I am because I am a Buffalo Soldier.’ After Fela left nobody can speak for Fela except Majek Fashek. He was my master and my hero. I grew up in the shrine and Fela gave me a break. Fela told me in America that I must come home. But for Fela they could have killed me in America.

Did you read The Seven Books of Moses?

Yes I read some books. I was seeking for more knowledge.

You came onto the scene as a musical prophet. The Jastix band disintegrated and you became the super star. Then you were the best thing next to Bob Marley and then your career took a deep. What happened?

What happened was that before you heard the name Majek Fashek the Rain Maker, I did not like women or sex. I used to fast a lot. The Rain Maker was given to me by Wale Olomu. I did seven days fast or three days because my mother took me to Aladura church where I learnt to fast. That was where I started music. When you are fasting you must abstain from sex.

You can’t have sex and fast. It is against the law. No alcohol, no sex and no smoke. You must be clean for seven days so I did that a lot when I was with Jastix. At that time I was also working with Tabansi Records. I was producing music with Lemmy Jackson. I can play seven instruments. Any way before I achieved fame I passed through a process and God gave me Send Down The Rain from heaven.

So you fasted and became big then, what happened, did you stop fasting, did fame  get to you head and you began to mess around with women?

I was messing around with girls and booze but what happened was that I delved into mystical books.

Who gave you the books?

They are normal books that you can buy from a bookstore. Those books helped me in a way because when you read those books you must be clean. It is like fasting; you know what I am saying. So when I read and practised what was in the books it worked for me. There are laws that guide those things. I studied the book very well and was keeping the rules. That was how I was able to fly to America and tour with Jimmy Cliff. Jimmy started reggae music before Bob Marley. Jimmy Cliff prayed for me. Maybe that is why I am still alive. As a matter of fact, during that time I was reading the bible. Do you know that the bible is the cleanest book in the world? Right now I have thrown all those books away and I am only using the bible. The mystic books are not good. I played with Tracy Chapman, a big American artiste and it was because I was following the rules of the books and the bible. When I read those books it affected my brain. I was lucky that God saved me

Why did you deviate?

So you fell into the temptation?

Yes but I never used drugs and I suffered for it for many years.

But they said that it was drink, that we should forget whatever you are saying…

They just want to kill my shine.

Why did you think you needed to read those mystical books?

It is part of the game of stardom in America. All those guys in America are weird. I derailed. Successful musicians are not normal human beings. Michael Jackson was not normal. If you are a normal human being you cannot be a super star. Music is holy. You cannot abuse holiness. Music can heal and revive your memory and make you happy. I did what I should do as a superstar and what I shouldn’t have done. I went into rehab but I am back. It is not  marijuana that took me there-o. I started smoking when I was in secondary school and I did not go mad. My mum used to beat me. We smoked Obiaroko igbo, it was the strongest. My brother weed no make me craze.

Is that what they gave Wyclef when he came to Nigeria?

And Shabba Ranks too?

(Laughter) As a matter of fact, why I respect marijuana is that Bob Marley said we should smoke, Fela said we should smoke. It is igbo that  showed me the way into the musical life. Because when you smoked back then when  we were young it was a great experience. We don’t have that kind of igbo again, not even at the shrine. That one had oil in it (laughter). When you smoke it you will be hearing sounds from afar. That was  the kind of Igbo Bob Marley and Fela smoked. Those days when I smoked, the moment I got back home my mother will know because all my eyes will be swollen and red and she will beat me shouting, ‘you have gone to smoke again.’ She  would torture me. That was how I stopped smoking Igbo. Then I was in secondary school.

How did you get inspiration for your greatest hit, Send Down The Rain?

Talking about the inspiration that gave you Send Down The Rain, are you sure such inspiration will come again?

Yes, when a musician does not have inspiration again is when he becomes a wicked person, a sinner. So you have to be holy. And that  means you don’t have enemies. When I was younger I did not have enemies.

In 2009 I met you in a restaurant in Queens, New York. You sought assistance and I wanted to reach out but the guys around me said no, that you were going to  buy drugs with it but now I am hearing a different narrative…

They were just blackmailing me because ‘I am the one.’ I am saying it before the media. I am the one that has the last message of the Christ because he is coming  back. It is in the bible. Pentecostals don’t  have it, no church has it; I have it.

Are you telling us that you never messed with drugs at all?

No, never. If I messed with drugs I wouldn’t be here. I told you I smoked Igbo when I was young. If I messed with drugs I won’t be here with you because cocaine will make you sell your house. Why? If you are playing rock n’ roll you will meet these guys. Look at Whitney Houston. You cannot go back once you are on drugs. But you can leave Igbo but  once you taste cocaine you can’t go back. You  never recover from drugs. They are dangerous. Weed is better. We are opening our club soon and in that club there will be no smoking of weed.

What lessons have you learnt from the entire experience?

The lesson I learnt is that Jesus Christ is the way. It was Jesus Christ that saved me and healed me; He is the one that heals. The Holy Spirit is the one that heals. God is a spirit and whenever you worship God you must worship him in truth and in spirit. If you are true to God he will help you;  that was what happened to me. People were just blackmailing me back then because I got an American contract when I was 27 years old. Interscope had Tupac Shakur, Dr. Dre and all the big stars. I was supposed to release three albums with them. We were about to record the second album  when witches attacked me. (Laughter). Americans don’t just accept you like that. I was able to meet some Italians who loved my music. Then I was still young and I was lucky and truly, prayers work. It was Christ that healed me

We have many young artistes now like Wizkid and Davido. What do you have to tell them now so that they won’t make your mistakes?

They should give their lives to Jesus Christ. After my experience and after all the scandals and blackmails which almost made me enemy of the press which is almost impossible because I won’t go anywhere without the press, I will advise them to embrace Jesus. My mother tried to force me to go to the university but I said no and ran to Lagos to stay with my aunty. Then she was married to an army officer. She was the one that helped me and trained me. I ran away because the music was really into me. I couldn’t hear anything else.  My aunty told my mum, leave this man alone, let him play music and my mother understood because she is also a singer. She bought me  my first guitar when I was about 10 years old. I started playing music from age 10.

Tell us about your new album?

This album we are doing right now is a revolution. There is what we call commercial music.  My sound is evergreen.  Send Down The Rain is an evergreen song. This new album is called Weep Not Children and it is dedicated to children. For us to get out of the recession, federal government must take care of the children. Nobody knows tomorrow. The album was inspired by God. It has 10 tracks and on one of the tracks I am featuring Tuface Idibia. 10 per cent of whatever we make goes to charity. It is our way of giving back. Society has done so much for me. When I got my contract in America, it was Nigerians that pushed and supported me. Send Down The Rain is still shining 30 years after. We are also embarking on a tour tagged: Operation Feed The Poor.

What happened between you and Timi Dakolo regarding Send Down The Rain?

Timi Dakolo did wrong. That is why I respect Tuface. He came and said ‘I was a kid when I was listening to you. I want to work with you’ and I agreed. I personally produced the song. What Timi Dakolo did is against music law.  We are not taking it lightly. Even if he paid there should be mutual agreement. You have never met Majek before or spoken to him and you are saying that you paid him. Later they said they paid the guy managing Majek before and now Timi Dakolo is making money on itunes. Our solicitors from the US and UK are coming. If Timi Dakolo can prove that he paid, he will go scot free. I can sue him for a 100million but I don’t want to destroy his career. He is a young boy.  Our lawyers are on top of it.

Did you give authority?

No. he did it because in Nigeria anything goes.

So now that you are back no more women and weed?

No-o, once in a while (laughter)