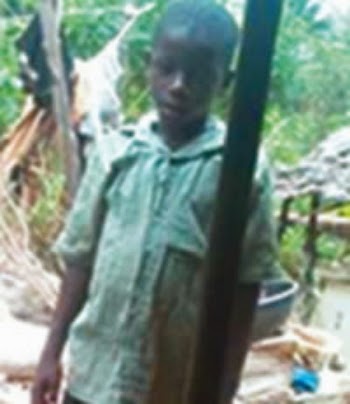 A middle-aged man, identified as Papa Ogada, has dumped his 14-year-old son in a well, accusing him of being behind his inability to make progress in life.

We gathered that Ogada, a coffin maker, who hails from Oberete village in Obingwa Local Government Area of Abia State, had been complaining that his son was a wizard, who had caused him serial misfortunes since reuniting with him, after leaving his mother’s place.

“He once told us that he had consulted many spiritualists, who told him that his son is a wizard and is behind the problems he has had in his business.“We are not surprised that he went this far.”

It was learned that Ogada contacted one of his friends, who helped him tie up the boy with his school uniform, books and other property and drove off at about 9p.m. to neighbouring Abiaka village, where they dumped him in an abandoned well.

According to a resident of Abiaka village, who was part of rescue efforts,

“some of us had already retired for the day when we started hearing shouts and cries coming from the location of the abandoned well, but we thought people were fighting.“As the shouts increased, we summoned courage and got to the area and discovered that it was coming from the abandoned well. We got a rope and bucket, threw them inside and the boy managed to cling to and was pulled out.

“He was already weak with injuries. We thanked God the well had been out of use; he might not have survived.”

At press time, the boy was said to be receiving medical attention at an undisclosed hospital, while his father’s whereabouts is unknown.