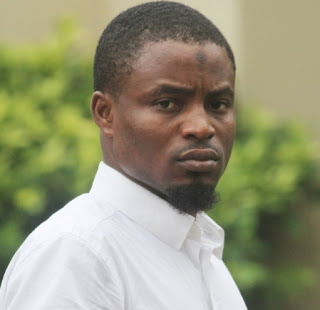 One Adekola Tunde has arraigned by the EFCC before Justice M.A. Dauda of the Lagos State High Court sitting in Ikeja, on a five-count charge bordering on forgery and use of fraudulent documents.

The suspect was arrested following a complaint received by the Commission from the British High Commission, Lagos.

The 28-year suspect, who hails from Ijebu-Ode in Ogun State, allegedly submitted a forged Certificate of Incorporation from the Corporate Affairs Commission, CAC, to the British High Commission in order to secure a visa to the United Kingdom.

One of the counts reads:

“That you, Adekola Rahman Tunde, on or about 4th day of November, 2016 in Lagos within the Lagos Judicial Division knowingly forged the official stamp of Ghana Immigration Service, which you embossed on your Nigerian International passport number AO6565165 and purported the said stamp to have been embossed on the Nigerian international passport number AO6565165 by the Ghana Immigration Service.”

The suspect pleaded not guilty to the charge when it was read to him.

In view of his plea, the prosecution counsel, Murtala Saiu, asked for a trial date and prayed the court to remand the suspect in prison custody.

Counsel to the suspect, however, urged the court to grant his client bail.

After listening to both counsel, Justice Said remanded the suspect in the EFCC custody and adjourned to November 29, 2017 for hearing of bail application.