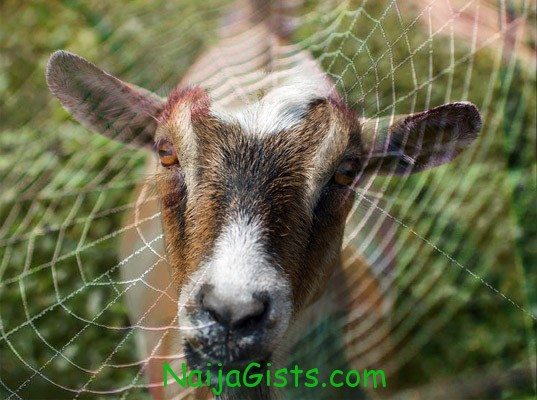 The Mile One Divisional Police Headquarters in Port Harcourt, the Rivers State capital, was on Thursday besieged by an angry mob who attempted to lynch a man for allegedly turning a boy into a goat.

According to an eyewitness, trouble started when somebody raised an alarm that he observed that the middle-age man was speaking to a goat and after that the goat started running after him. naijagists.com

Soon after that, an angry mob started milling around the man and the mysterious “goat”, alleging that the goat was a boy.

The mob insisted that he should change the goat back into a human being.

Mr.Tony Adeyi, a Superintendent of Police(SP)and Divisional Police Officer of Mile One confirmed that a suspect was rescued from a mob which wanted to lynch him over an allegation that cannot be substantiated.

“It is a mere rumour that could not be substantiated in law. We don’t act on rumour. We have transferred the man to State Criminal Investigation Department, SCID, for further investigation,” he said.

At the time of filing in this report, the Mile One Police station was cordoned off to prevent the angry mob from forcefully gaining entry into the station.

Ben Ugwuegbulem, the spokesman for the Rivers State Police Command confirmed the arrest of the suspect but dismissed the allegation as mere rumour that does not hold any water.

What if this is true?