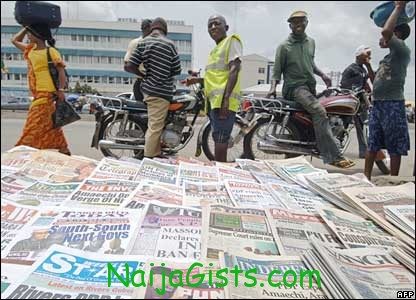 Below are the top 10 Nigeria News headlines for this week. naijagists.com 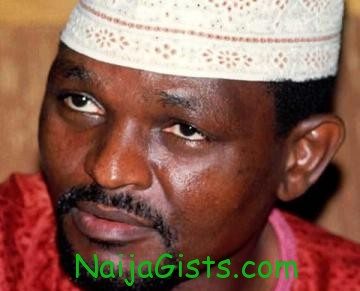 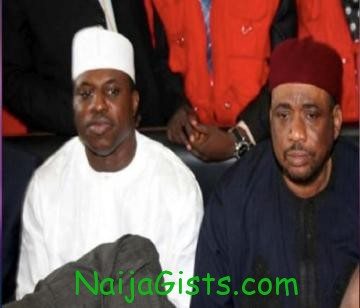 On the 31st of January, 2012, an Abuja High court declared cleared the 2 of fraud allegations. (Read Dimeji Bankole & Nafada Acquitted)

The Consular Chief, US Consulate General in Lagos, Mr Carl Cockburn said at a press conference in Lagos on Tuesday January 31st that no fewer than 100,000 Nigerians applied for the United States visas in 2011 and more than 50 percent of the number were granted visas.

The National Union of Petroleum and National Gas Workers on Tuesday, January 31st commenced an indefinite nationwide strike. According to the Lagos state Chairman of the union, the reason for embarking on the strike was to draw the government’s attention to a dispute between its branch in Shell Nigeria and the management of the oil firm.

The Minister of Youth Development, Alhaji Bolaji Abdullai on Wednesday February 1st said that the Ministry had directed that from next year 2013, the National Youth Service Corps (NYSC) should post corps members to rural areas only with no provision for redeployment.

Armed Robbers on Wednesday February 1st, carted away US$600,000 (N95, 969, 998.17 million) from a Bureau De Change operator inside Murtala Muhammed International Airport Lagos. The robbers stormed the car park and shot sporadically into the air, wounding a woman, before dispossessing their victim of the said amount at about 8.30pm.

A bus conductor on Thursday, February 2nd fell to his death after he was pulled down from a moving bus by a LASTMA official. Eyewitnesses say another vehicle ran over the conductor as he fell from his bus, killing him instantly. The incident happened around 11 am at Motorways, Ikeja on Lagos-Ibadan Expressway.

11.Boko Haram Fighting Each Other: 6 Killed During Fight For Supremacy

At least 6 members of the Boko Haram Sect were killed during a tough battle for supremacy in Borno State. (Read Boko Haram Killing Each Other)

And for weekly update of happenings all over Nigeria visit https://www.latestnewsinnigeria.com .

This week has definitely been a tough one. Please remember Nigeria in your prayers.

Have a lovely weekend everyone ! Lots of love