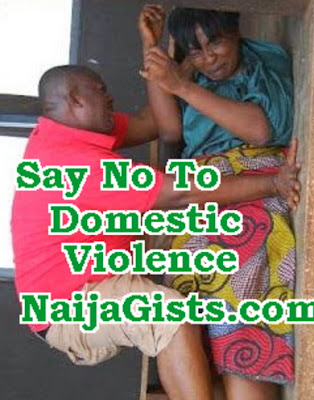 Adeogun Ayodeji, a 33-year-old factory worker has been arrested for beating up his father-in-law while he was trying to rescue his daughter from being killed.

The suspect who lives at 4 Demola Abegunrin St in Meiran Lagos is being tried for assault.

The accused reportedly beat his wife to a coma on February 7 at their residence in Meiran but when his father-in-law tried to rescue her, the accused assaulted him as well.

Police Prosecutor, Sgt. Rafael Donny told the court today that the accused beat his wife, Mrs. Oluwatomisin Adeogun, on the stomach where she just did a surgery. The stitch on the stomach was not healed at the time he beat her and that was what led to her to coma.

The accused was granted N250,000 bail but was unable to fulfill the condition.