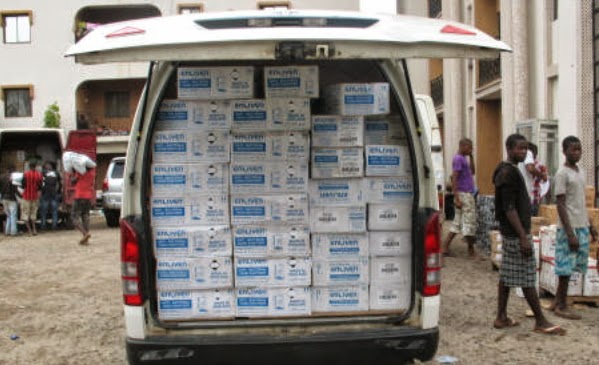 The DG of the National Food and drug administration agency, Dr Paul Orhii made this known today at NAFDAC’s branch in Lagos.

According to him, unscrupulous members of the society have decided to cash in on the unfortunate Ebola incidence in the country by bringing in all sorts of products including expired hand sanitisers.

”The most troubling is the case of Mr James Nnaji of 116, Oguta road, Onitsha, who imported expired brands of hand sanitisers through NAHCO Lagos,” Orhii said.

The products, according to the DG, were: Soft care natural, Soft care lemon, Soft care lavender, Soft care apple, all of which had expired in December 29, 2012, two years ago, “but yet found their way into the country.”

The suspect, the DG said, was trailed and apprehended by the agency and upon interrogation, he claimed that one Mr Lateef Bamisedun, supplied him the kits, which were allegedly imported from Canada.

“Lateef Bamisedun was arrested and he confessed to have imported the kits from Canada,” Orhii said.

“The danger associated with the use of substandard hand sanitisers and untested Ebola Test kits is indeed grave and could derail all efforts put in place to contain the spread of the Ebola Virus Disease in the country,” he added.