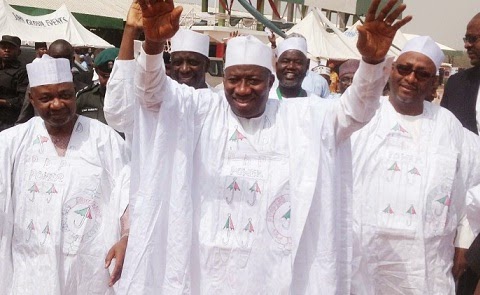 The party officials who say there is no more vacancy in Aso rock are determined to force Jonathan on Nigerians for another 4 years.

Reuben Abati said the party will not be holding primary elections since the members of Peoples Democratic Party have unanimously endorsed Jonathan for another reelection.

I have said it before and I will say it again, no political party can bring Nigeria out of this mess unless God come to our rescue. All of them have showed Nigerians that they lack the leadership capability to change Nigeria for the better so of what use is election in the first place.