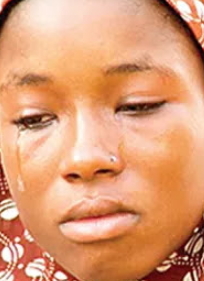 Barnabas Ukah, a 28-year-old lover man has been recently arrested for abandoning a girl he allegedly impregnated has been arraigned.

The accused was been arraigned before an Egor Magistrates’ Court today for defiling a 14-year old girl simply known as Deborah.

Barnabas was also accused of refusing to take proper care of the girl after she got pregnant which led to the death of the baby.

He was arraigned on two count charges but pleaded not guilty to the charges.

Police prosecutor, Inspector O. Omoruyi informed the court that the refusal of Barnabas to cater for the girl and her unborn baby led to the delay in the delivery of the baby and its death after birth on September 28, 2017.

Inspector Omoruyi stated that the accused person had canal knowledge of Deborah in December, 2016 at No. 10 Canaan Street, Off Textile Mill Road, Benin City.

The two offences are punishable under section 221 and 309 of the Criminal Code Cap. Vol.. II laws of the defunct Bendel State of Nigeria 1976 as applicable in Edo State.