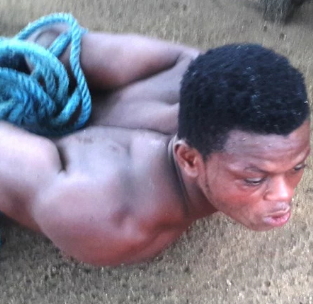 The suspect who lives in Lagos travelled to Akwa Ibom State after strategizing with some friends on how to abduct his aunt for ransom. However, luck ran out on him as his felonious plan was divulged to the police by the same friends. The suspect was going to abduct the aunt and demand a ransom of N3 million.

But Ekung denied that he came in from Lagos to kidnap his aunt who, according to him, has been his benefactor. The suspect said he returned to the state because one of his friends had told him he had a job for him.