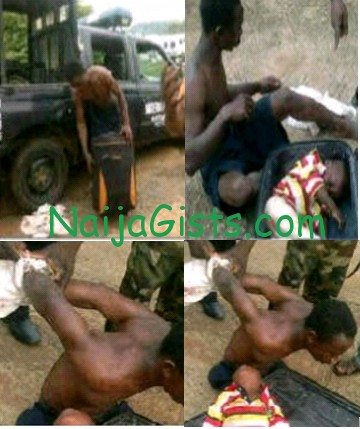 The man in the above picture, name withheld was arrested on Saturday September 15, 2012 at Tipper Garage very close to Gwarimpa housing estate in Abuja with a dead baby boy packed in a travel bag (suitcase). naijagists.com

According to an eye witness of this sad scene, the alleged ritualist was arrested following a tip off from a bus conductor after his refusal to release the bag when he was asked to bring the bag for proper storage at the back of the bus. 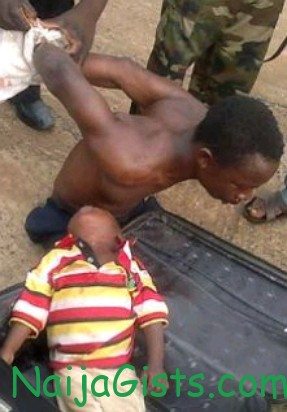 Man caught with dead baby in suitcase in Abuja

After his refusal, the conductor questioned him about the content of the bag but he refused.

The man was later apprehended while trying to make his escape from the bus.

In a bid to escape the bus, his suitcase was seized and the dead baby boy above was later found.

He has been arrested by Abuja Police command.

This is sooooooo sad.

May the soul of this innocent baby rest in perfect peace.