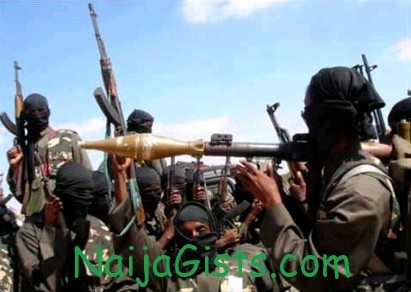 4 unknown assassins suspected to be Boko Haram militants today murdered a family of four in their home in Kano State Nigeria . naijagists.com

The assassins killed an unidentified member of the Nigerian Security and Civil Defence corps and three of his family members in Kano.

The gunmen murdered the officer, his wife, his 3-year-old baby daughter and his crippled brother – said police sources

All the victims were locked up in a room in the house before they were shot dead.

The deceased officer of the Nigerian Security and Civil Defence Corps worked in Hotoron Gabas district of the state.

According to neighbours, the four men who arrived on 2 motorcycles forcefully entered the house.

They later jumped back on their bikes and sped off after the assassination.