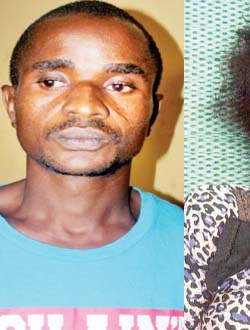 June 19, 2016 – Husband Who Killed His Wife Over 100 Naira In Owerri Imo State After Returning From Night Vigil Blames The Devil

36-year-old Onyekachi Anele is still blaming the devil in the custody of Imo State Police Command after he was arrested in connection to the death of his wife.

Anele, a resident of Obibiezena community in Owerri Imo State also wished he had restrained himself when the ‘devil’ pushed his wife to stir up his anger few minutes after returning from night vigil at Jesus Disciples Fellowship.

Brother Anele told Sunday Sun that trouble started on June 1st when his wife, 32-year-old Chikodi asked him for N100 to give her son from an earlier marriage to take to school.

“I got married to my late wife Chikodi Anele over four years ago. She had a son for another man before we got married. We have been living together in peace. We have two children. Our first child, a girl, is four years old while the second child is a boy, who is just one year old.”

“On May 31, 2016, I went to my church, Jesus Disciples Fellowship, where we had a vigil. I came back around 5: 30 am and started playing Christian music. My wife came to where I was and said that I should give my stepson N100 naira to go to school. I told her that I had no money with me.

“You see, my late wife was hypertensive; she became very an­gry that I did not give my stepson N100. She started to insult me. I got angry and slapped her.

She slapped me in return. I was shocked by her effrontery and slapped her a second time. She fell down and fainted.

“I rushed her to City Hospital, Nekede. On getting there, the doc­tor checked her and confirmed that she was dead. I went to the nearby police station at Umuguma and reported the matter to the police and they arrested me,” .

“I love my wife. I had no intention to kill her. It was misunderstanding and annoyance that prompted me to slap her and she died. Up till now, it looks like a dream and a mystery to me.” 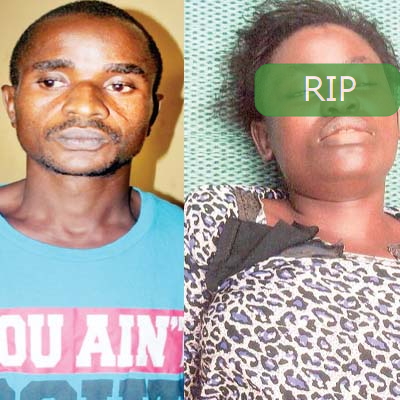 The suspect has been abandoned to his fate by his family members.