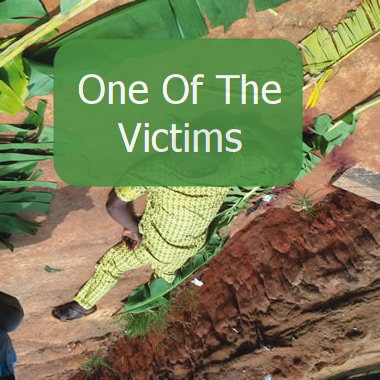 Residents of Imushin community in Ogijo area of Ogun State has been thrown into mourning after no fewer than 15 residents were reportedly killed on Friday evening by armed men suspected to be militants.

We learnt that about 100 militants, armed with guns and cutlasses, stormed the community around 11pm on Friday and embarked on a killing spree, killing every resident in sight.

When our correspondent visited the community on Saturday, he saw a few of the corpses which their families were preparing for burial in accordance with Islamic rites.

Among the 15 killed was a technician, Waheed Buhari, aka Yah Alau, who was shot dead in front of his room.

One of his children, Mariam, sustained bullet wounds.

A travel agent, Mr. Oladele Ogundare, was said to be returning home in his car, when the rampaging militants opened fire on his car and killed him.

Another resident, Umoru, who was said to be eating noodles, was chased, hacked and shot to death, along with a friend, Danladi.

A mosque in the community, was reportedly attacked and a Muslim cleric killed.

Two hotels were said to have also been raided and their customers robbed and injured.

More than 25 shops in the community were looted by the militants.

Many of the residents, who spoke with us begged not to be identified as the militants had threatened to return to continue the killing.

A resident told our correspondent the militants were suspected to be Ijaw youths involved in pipeline vandalism.

She explained that they were on a revenge mission as some operatives of the State Anti-Robbery Squad had killed two of the vandals earlier on Friday.