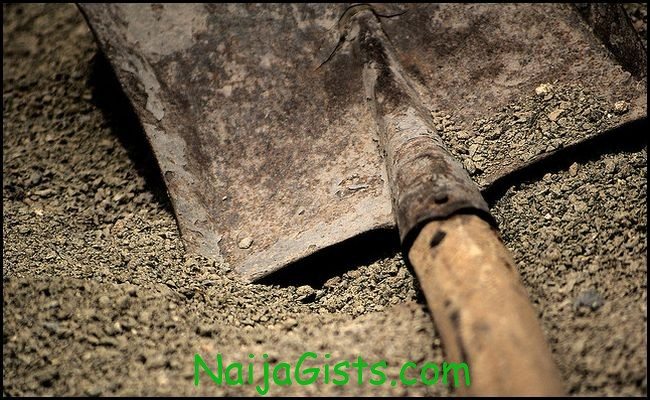 A 27 year old kidnapper from Delta state who buried a prophetess alive in his compound has surrendered to the police after he claims his soul is troubled because the spirit of the prophetess is tormenting him. naijagists.com

“It was a case of kidnap and murder of a woman fully dressed in a white garment church attire, which was committed on December 30, 2011 but the suspect surrendered self to police.” – Delta State Police Command Spokesman, Charles Muka

His confession led to the arrest of another suspect from Delta State.

“An unidentified woman said to be from Uzere and dressed in white garment church attire was kidnapped at Ughelli and taken to the house of one Emma, male, 27 years old, who is the first suspect, from Owahawa, Ughelli South Local Government Area. _ Charles Muka

“The suspect surrendered himself to the police because his soul was troubled and confessed burying the victim alive in his compound when she became weak. His confession led to the arrest of another suspect. Detectives have also identified the spot where she was buried alive and the corpse would be exhumed when relations of victim are identified. We hereby call on members of the public, whose missing person depicts the description, to report to police area command Warri, while we are making effort to arrest others involved in the crime.”

OMG this man is heartless.