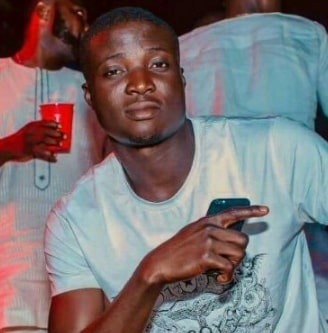 A man identified as Sodiq Adeoye has died after he was set on fire by notorious armed robbers operating within Mile 2 Expressway in Lagos.

It was gathered that two of the suspects Waliu Shola, 35 and Michaek Andoh, 30, have been arrested over the incident while others were said to be at large.

According to investigation, the victim was accosted by the robbers at Ijesha Expressway, they used cutlass to inflict injury on him and thereafter set him on fire.

The victim was said to be going home before the suspects attacked and eventually robbed him in the evening of 11th February, 2019.

They reportedly dispossessed him of his phone and wrist watch before escaping. However, while attempting to escape, they were arrested by the police and found with the items.

They were interrogated and they reportedly confessed. The natter was transferred to the SCIID Panti, Yaba, for further interrogation. The police found them culpable and charged them before the Ebutte Metta Magistrates Court for murder.

However, the Court did not take their plea after the prosecutor, Inspector Maria, asked the court for order for DPP’s advice. Thus, the Presiding Magistrate, Mrs. A.O. Ajibade, ordered the suspects to be remanded in prison custody.

The court also directed the prosecutor to duplicate the file and send to the DPP for advice.

The matter was adjourned till 23rd March, 2019, for report of the DPP to be ready.

It was gathered that if the DPP finds them culpable and recommends them for trial, the matter will be transferred to the High Court.

Police sources said if they face trial and get convicted, that they may be handed life imprisonment for the alleged offence.