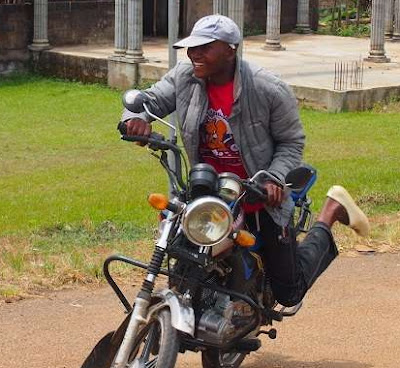 July 12, 2017 – Man Caught Driving Motorcycle Without License In Osogbo Jailed For A Year

Usman Saidi, a  30-year-old man Osun resident was today sentenced to one year imprisonment for driving dangerously in Osogbo .

Saidi was, however, given an option to pay a fine of N50, 000 after pleading guilty to the offence.

The Magistrate, Mrs Olubukola Olowolagba, ordered that the convict should be kept in Ilesha Prisons until he paid the fine or served the jail term.

The Prosecutor, Sgt. Sunday Ajayi, had told court that the convict committed the offense on July 10 along Ayetoro Olosedudu Lane in Osogbo.

The convict had faced a two-count charge of dangerous driving and not having a valid driver’s licence.

Ajayi said that the convict drove a Bajaj motorcycle with registration number QD 865 SGB in a dangerous manner and against road traffic laws without a valid driver’s licence.

Counsel to the convict Mrs Abosede Aseyinka, prayed the court to temper Justice with mercy in sentencing the convict.