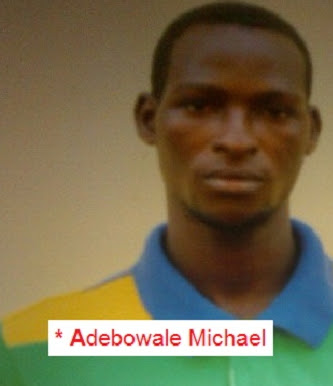 An High Court in Lagos today jailed one Michael Adebowale for five years for selling cocaine.

Adebowale was charged by the NDLEA on a one-count charge bordering on drug trafficking.

In the charge, the convict was said to have been arrested on July 6, at Oniru in Lekki Lagos, where he engaged in the sale and distribution of cocaine.

Adebowale pleaded guilty to the charge.

The prosecutor, Mr Jeremiah Aernan, said that following a tip off, the convict was arrested; adding that 0.7g of cocaine was recovered from him.

Aernan tendered a written statement of the convict, a request for scientific aid form and a drug analysis form as evidence before the court.

He also tendered the remnant of the narcotic substances that the convict unlawfully trafficked.

The pieces of evidence were admitted by the court and marked as exhibits.

The prosecutor said that the offence contravened the provisions of sections 11 of the NDLEA Act, Cap N30, Laws of the Federation, 2004.

He then urged the court to convict the accused accordingly.

In his judgment, Justice Rilwan Aikawa found Adebowale guilty of the offence as charged and sentenced him to five years imprisonment, saying that the sentence should begin from the date of the arrest.

Shortly before the sentence, the convict had pleaded for leniency, claiming to be a first offender and prayed the court to give him second chance and promised to be a changed person.