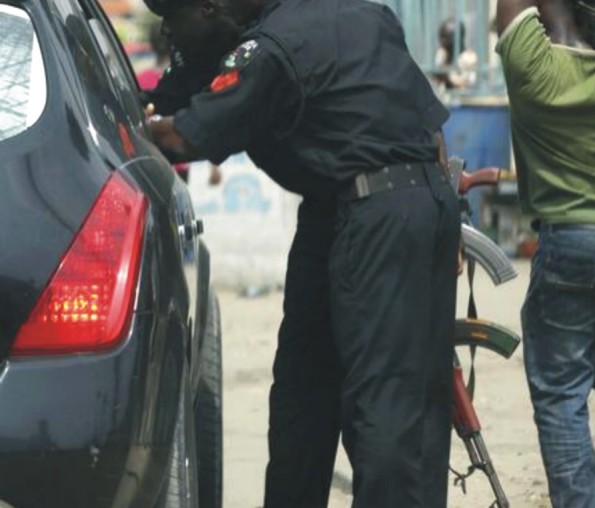 A 43-yr old man who was caught attempting to steal a Sport Utility Vehicle, SUV, during church service at an Anglican Church in Lagos, George Obasi, stunned his interrogators when he claimed he got a divine directive to take the SUV home. naijagists.com

He said he had to take the SUV since he needed money to start a new business because his former business collapsed and he has been praying over it before the day of the incident.

Worshippers at Anglican Cathedral located at Okodua Street, Kirikiri Town, Lagos, southwest Nigeria, listened in disbelief to what Obasi was telling the church securitymen who caught him in the act.

The church members and the securitymen ignored his alleged divine message.  They arrested and handed him over to the police.

At the police station, he allegedly confessed to the police that he attempted to steal the SUV, sell it and  use the money to start a business.

The 43- year old man pretended that he had come to the church to worship and joined others at the congregational service. He, however, armed himself with tools to steal  at the church premises.

As the service was going on, he quietly went out to where a Nissan SUV with registration number MP 461ABC was parked to steal it. He reportedly used a sharp object in his pocket and forced the door of the vehicle open.

He was caught while attempting to drive the car out of the church premises.

Obasi was charged to an Apapa Magistrate’s Court on a two-count charge of attempted stealing.

His plea was not taken.

The presiding magistrate, Mrs. A .O. Ogundare ordered that the matter should be transferred to Kirikiri Magistrate’s Court where he will face the charge. (pmreports)