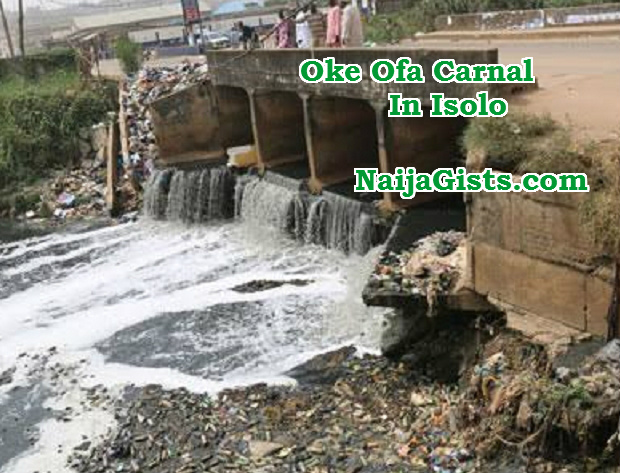 A young man identified as Ajayi Kehinde shocked onlookers on Monday evening when he suddenly parked his Toyota Prado SUV at Pako bus stop opposite Oke Afa carnal in Isolo and jumped into the river.

The incident which happened at the carnal pictured above drew the attention of people returning from their various workplaces.

The victim identified as 25-year-old Ajayi Kehinde drowned as onlookers looked with pity.

An eyewitness said the incident happened at 5:30pm.

As at the time of filing this report, the body had not been recovered as it seemed the police do not have the necessary equipment to do so.