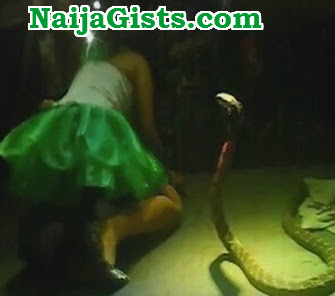 In the video you are about to watch, you will see the dramatic moment a King cobra attacked a popular Indonesian popstar and how she continues to sing even after the attack. 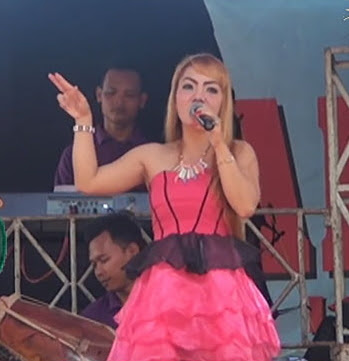 29-year-old Irma Blue was singing in Karawang in West Java when she accidentally stepped on a king cobra called Rianti which stood up and bit her on the thigh.

The singer who also used deadly pythons in her performance later died in the hospital.

Her handlers have been found guilty for refusing to defang the snake before bringing it on stage.

The singer who thought the snake had been defanged died 45 minutes after the attack.

Irma Bule suffered a series of seizures and vomited before she gave up the ghost.

Her mother who is a widow is still mourning her. 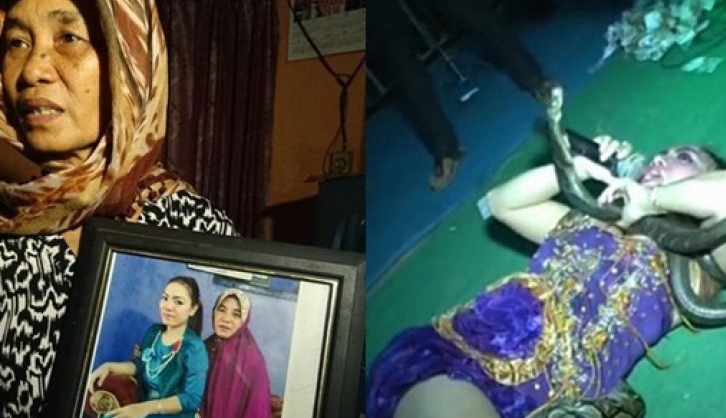 Here is another video of Irma Blue performing with deadly snakes days before the attack.

She inherited the profession from her father who also died of snake bite. 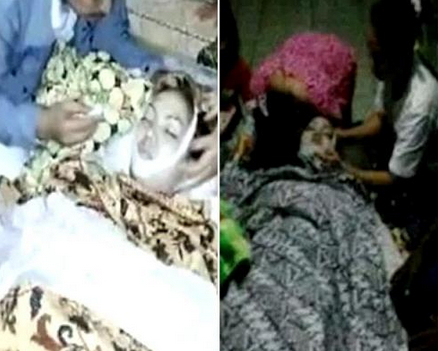