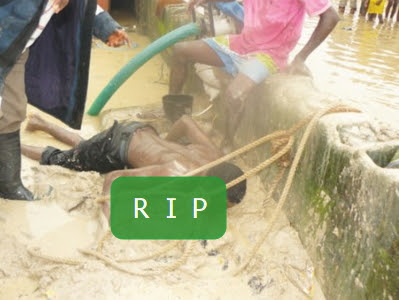 A young man took his own life today in Oshodi area of Lagos.

According to eyewitnesses, the unidentified youth was just walking along the road this afternoon when he suddenly took off his shoes and plunged into the carnal head on.

He reportedly landed on his head and died on the spot.

Lagos State Fire officials were later called in to pull out his corpse.

Fire Service Director Rasak Fadipe said no one could identify the young man.

The incident happened at Cele Bus Stop on Oshodi-Mile 2 Expressway this afternoon.