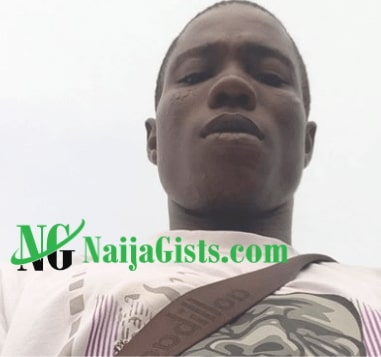 Man Commits Suicide In Sapele: Driver Kills Self With Sniper Over Cheating Wife

A man identified as Felix Edore, has reportedly committed suicide in the Sapele LGA of Delta State.

The 46-year-old father of 6 his life after finding out that his wife of over 16 years was allegedly cheating on him.

The victim was a cab driver shuttling between Abraka-Eku and Sapele.

Felix reportedly took his life by drinking an insecticide, Sniper, on Friday and he was rushed to a private clinic in the Amukpe area of Sapele, where doctors battled to save his life, but he reportedly died on Saturday.

“The cab driver, who used to shuttle between Abraka-Eku and Sapele, took his life because of his wife,” a source said.

A resident of the area, who also spoke to our correspondent on condition of anonymity, described Felix as an easy-going man, who was passionate about his job and had just bought a second-hand car that he was using to ply the route.

A neighbour, identified simply as Mama Rita, said, “Felix decided to end it all when he suspected that his wife was indulging in extra-marital affairs.

“The deceased was married to the wife and they had six children; the man was always complaining of his wife’s alleged infidelity and most times they would quarrel over it, and he was always saying he would kill himself because of her infidelity.

“So, that day, we never knew that he had bought the Sniper insecticide and before we knew what was happening, he drank the insecticide in his car and people, who saw him, raised the alarm; that was how we found out and rushed him to hospital, but he died on Saturday.