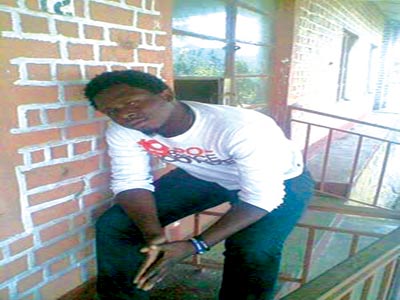 There has been anxiety at the Jonaith Hotel and Suites in the Ajah area of Lagos State after a 24-year-old guest, identified as Michael Afeso, was found dead in his room.

We learnt that the deceased’s girlfriend, who had stayed with him on Friday evening, was sighted in the early hours of Saturday.

She was, however, said to have fled the hotel before the arrival of policemen from the Ajah division, who later took the corpse to a mortuary.

Our correspondent gathered that Michael, an indigene of Akoko Edo, Edo State, had checked into a room in the hotel on Friday and had enjoyed some bottles of beer with a friend, identified as Abass

It was learnt that Abass left the deceased in the company with a lady, whom the latter had sent for.

The corpse of the victim was said to have been discovered by one of the hotel workers, who had gone to his room at checkout.

We learnt from a relative of the deceased, Olufemi Oladejo, that the family was notified by one of Michael’s friends.

Oladejo said, “When we got there, the management of the hotel told us they found the girl in their CCTV tip-toeing out.

“When we challenged them on why they did not stop her since they both checked in together, they changed the story and said the video was of another room and that it had nothing to do with the case.

“The hotel management said one Abass, who was their customer, reserved the room for Michael. We were told that they both took some bottles of beer before Abass left. They said Michael was alone in his room before they saw his corpse.”

The victim’s father, Abraham, explained that he was expecting his son to send him some money for upkeep and a project, when he was told he had died.

He said, “My other children who had been aware of the incident could not break the news to me because I was sick. Instead, they informed my friend, who called me to his house and broke the sad news to me.

“The hotel management and the police have been dribbling us and telling us all kinds of lies. Even our lawyer was compromised and he has stopped picking my calls. I insisted that the matter be transferred from Ajah because I lost confidence in the police in that division.”

Our correspondent learnt that the matter was transferred to the State Department of Criminal Investigation, Yaba.

However, the result of the autopsy indicated that the victim died of heart attack and hypertension.

Still, the family of the deceased insisted that the case had been tampered with and urged the Inspector General of Police, Solomon Arase, to conduct investigation into the matter.

The hotel lawyer, Akran Akra, in a telephone interview with us, denied that the hotel covered up anything.

He said, “There was no time that the hotel changed any story. We gave the police and the deceased’s family unlimited access to our IT rooms on several occasions.

“The girl and the man did not go in together. She came in later as a visitor.

“The fact of the case is that Michael checked into the hotel on the night of Friday, October 23, 2015. The room he checked into had earlier been reserved for him by one of his friends, who checked in earlier the same day.

“His friends, who were with him that night, confirmed that on arrival at the hotel, the deceased joined them at the pool bar where they all had drinks together before retiring to his hotel room to meet his girlfriend, who he was expecting.

“At about 12.15pm the next day, one of the hotel’s housekeepers, who was carrying out a routine clean-up at checkout found the lifeless body of Michael on the bed.”

He said the hotel management immediately alerted the police.