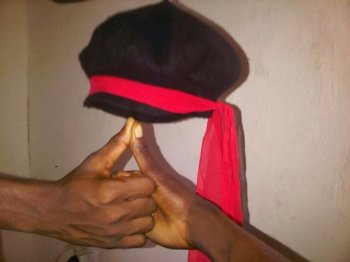 The officials of Lagos Police Command have arrested 7 suspected eiye cultists during an initiation ceremony at Ajeromi Primary School in Ijora Badia, Lagos.

The suspects (a woman & 6 men) were arrested yesterday around 1am.

Police recovered a bandana, red cap and a black cap from the suspects.